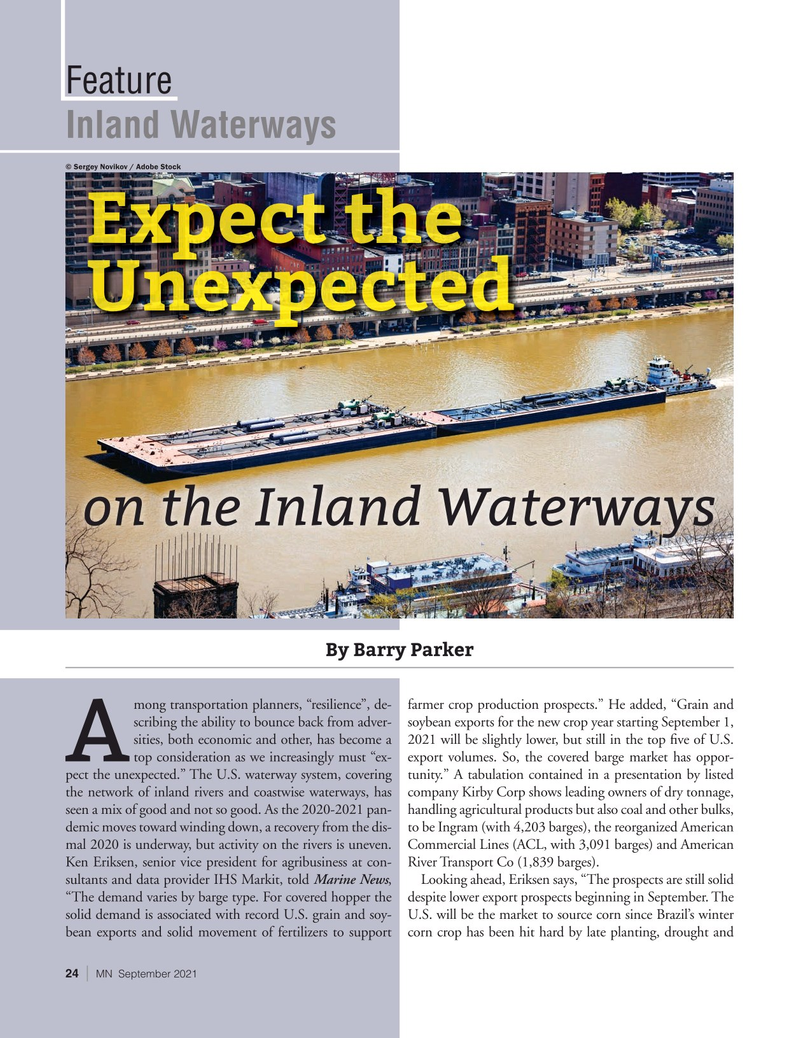 By Barry Parker mong transportation planners, “resilience”, de- farmer crop production prospects.” He added, “Grain and scribing the ability to bounce back from adver- soybean exports for the new crop year starting September 1, sities, both economic and other, has become a 2021 will be slightly lower, but still in the top ? ve of U.S. top consideration as we increasingly must “ex- export volumes. So, the covered barge market has oppor-

A pect the unexpected.” The U.S. waterway system, covering tunity.” A tabulation contained in a presentation by listed the network of inland rivers and coastwise waterways, has company Kirby Corp shows leading owners of dry tonnage, seen a mix of good and not so good. As the 2020-2021 pan- handling agricultural products but also coal and other bulks, demic moves toward winding down, a recovery from the dis- to be Ingram (with 4,203 barges), the reorganized American mal 2020 is underway, but activity on the rivers is uneven. Commercial Lines (ACL, with 3,091 barges) and American

sultants and data provider IHS Markit, told Marine News, Looking ahead, Eriksen says, “The prospects are still solid “The demand varies by barge type. For covered hopper the despite lower export prospects beginning in September. The solid demand is associated with record U.S. grain and soy- U.S. will be the market to source corn since Brazil’s winter bean exports and solid movement of fertilizers to support corn crop has been hit hard by late planting, drought and 24 | MN September 2021